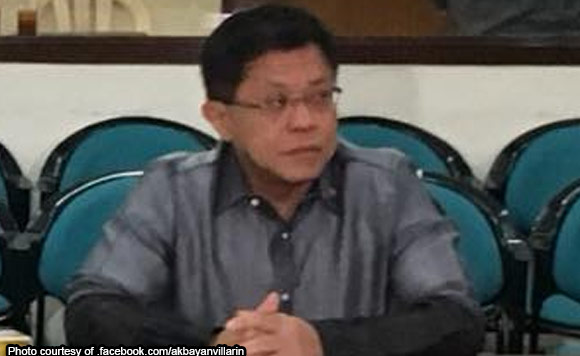 “Barring Pia Ranada from covering the President shows the insecurity and contempt of this administration to press freedom,” the Magnificent 7 lawmaker said in a statement.

“Malacanang can’t stand hard-hitting, critical and independent journalists and is now resorting to underhanded tactics to send a strong message to other journos ‘not to rock the boat’ or face the consequences,” he added.

“Instead of straight answers to legitimate questions over the billion-peso Navy frigates deal, SAP Bong Go who is at the center of the controversy deflected such issue by branding it as ‘fake news.’ Instead of clarifying the magnitude and weight of the power that his office holds over decisions the President make, he brings all the Cabinet secretaries of Malacañang to the Senate hearing to show how powerful he is,” Villarin said.

“And to top it all, he made Pres. Duterte issue a direct order to ban Pia Ranada from covering the presidential beat! Is Christopher Lawrence Tesoro Go aka Bong Go above public scrutiny? Is he the Rasputin of President Duterte?” he said.