What God has joined together: CBCP to block Lagman’s divorce bill 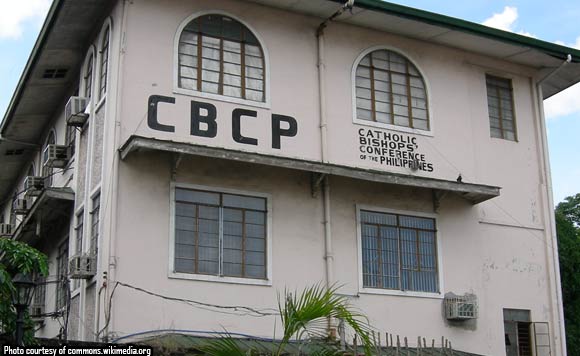 0 1,131
Share
Want more POLITIKO News? Get the latest newsfeed here. We publish dozens and dozens of politics-only news stories every hour. Click here to get to know more about your politiko - from trivial to crucial. it's our commitment to tell their stories. We follow your favorite POLITIKO like they are rockstars. If you are the politiko, always remember, your side is always our story. Read more. Find out more. Get the latest news here before it spreads on social media. Follow and bookmark this link. https://goo.gl/SvY8Kr

The Catholic Bishops’ Conference of the Philippines-Public Affairs Committee (CBCP-PAC) on Tuesday reiterated its stand against the divorce bill being pushed by Albay Rep. Edcel Lagman.

He also explained the difference between Canonical nullity and the dissolution of marriage.

“Canonical nullity is different from dissolution of marriage (divorce). The former is a declaration that marriage is null and void from the very start while the latter invalidates what is otherwise a valid marriage,” the Catholic priest added.

Secillano said that instead of creating laws that wiould strengthen marriage, lawmakers were destroying its beauty and sanctity by introducing measures that may break couples.

“Some Congressmen, however, understand it differently. Instead of formulating laws that will strengthen it, uphold its beauty and sanctity, they’ve bastardized and destroyed it by introducing measures, such as divorce, that hasten the disintegration of couples,” he said.

“Marriage enjoys the ‘favor of the law’. No less than the 1987 Constitution and the Family Code treat it as an inviolable social institution that should be protected by the State,” the CBCP-PAC official added.

Lagman has expressed confidence that the measures introducing divorce in the country will be passed into law before the 17th Congress ends in 2019.

Aside from the Vatican, the Philippines is the only country in the world which does not allow divorce. (PNA)