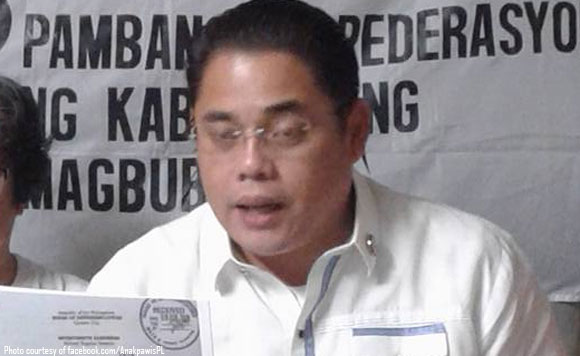 Anakpawis partylist Rep. Ariel Casilao on Tuesday called out Transportation Secretary Art Tugade over the series of glitches that crippled operations of the Metro Rail Transit and caused hundreds of commuters to be offloaded.

He asked Tugade, “Where’s the promised of improvement of MRT service?”

“It seems like just the president, Secretary Tugade is not only making empty promises but also fond of making a joke of himself,” the Makabayan lawmaker said in a statement.

Casilao pointed out that despite DOTr’s promise of better MRT service this February, it seems to be getting worse.

On Monday, MRT operation had been delayed for almost two hours due to electrical failure. On Tuesday, hundreds of commuters were offloaded due to another glitch forcing commuters to walk between the Shaw and Ortigas stations.

“It seems that the DOTr not only has no sympathy to MRT commuters as it failed miserably to improve its service but also has no concern to billions of pesos worth of tax payers’ money to subsidized MRT,” he said.

“Does Secretary Tugade have no shame at all that he is wasting people’s money and punishing MRT commuters?” Tugade added.