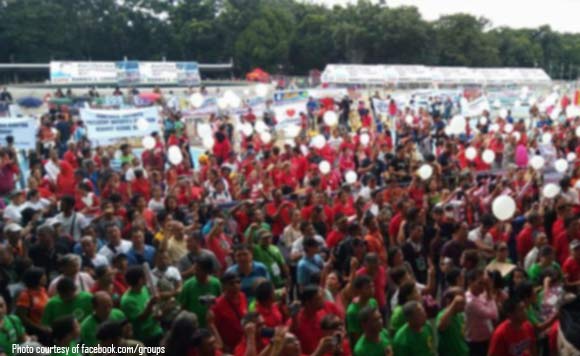 Supporters of federalism are set to stage a big rally in Quezon City on Saturday as a move to push for the amendment of the Constitution under the present administration.

The rally will be spearheaded by IConform Federal led by lawyer Raul Lambino, a staunch ally of former President Gloria Macapagal-Arroyo and who was appointed by President Duterte as administrator and chief executive officer of the Cagayan Economic Zone Authority.

Lambino describes his group as “a coalition of diverse multi-sectoral groups supporting federalism.”

He said he is expecting around 25,000 supporters of federalism to gather at the Quezon City Circle.

“This is clearly a choice of our long-suffering people. We can no longer delay its coming,” said Lambino adding that the system will correct the “historical inequities and injustice that have been perpetuated in a unitary and highly centralized government.”

Lambino commended the leadership of the Lower House for swiftly responding to the call for Charter change and for seriously considering the federalism proposal.

Several members of Congress and local officials are expected to join the event.

Former Chief Justice Reynato Puno, whom the President appointed to head the consultative body on Charter change, and former Senate President Aquilino “Nene” Pimentel Jr., who is also a leading federalism proponent, have been invited to speak at the rally.

“The shift to a Federal form is about making the lives of millions of Filipinos better,” he added.