House pushes for speedy repatriation of OFWs in crisis 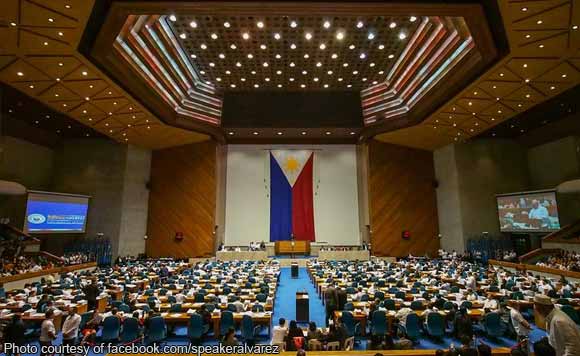 0 737
Share
Want more POLITIKO News? Get the latest newsfeed here. We publish dozens and dozens of politics-only news stories every hour. Click here to get to know more about your politiko - from trivial to crucial. it's our commitment to tell their stories. We follow your favorite POLITIKO like they are rockstars. If you are the politiko, always remember, your side is always our story. Read more. Find out more. Get the latest news here before it spreads on social media. Follow and bookmark this link. https://goo.gl/SvY8Kr

The House committee on overseas workers affairs is fine-tuning two bills to expedite the process of repatriating Filipino migrant workers in crisis situations, such as domestic workers in Kuwait.

The panel approved this week the creation of a technical working group (TWG) that consolidate and improve House Bills 674 and 1983, amending Republic Act 8042, which provides for repatriation remedy for OFWs.

The existing law does not specify a definite period of time within which it must be completed. In most cases, the repatriation process could take months or even years, giving rise to situations where pleas by OFWs to return home are lost due to bureaucratic red tape and procedural bottlenecks, according to lawmakers.

The two bills aim to address the loopholes of existing regulations and other obstacles to immediate repatriation.

During the hearing, committee chairman, ANGKLA partylist Rep. Jesulito Manalo, said the bills are timely and relevant in light of the declaration of President Rodrigo Duterte to ban deployment of OFWs to Kuwait, with a directive to repatriate all those who already want to go home to the Philippines.

DIWA partylist Rep. Emmeline Aglipay-Villar, author of HB 674, said the bills, if enacted into law, would help ensure that requests for repatriation will be processed with the appropriate urgency.

Meanwhile, Nueva Ecija first-district Rep. Estrelita Suansing, author of HB 1983, said unlike expulsion and deportation which are actions of sovereign states, repatriation is defined as a personal right under specific conditions and described in various international instruments, such as the Geneva Convention and Protocols.

The bills mandate the State to afford full protection to labor, local and overseas, organized and unorganized, and promote full employment and equality of employment for all.

It requires the Overseas Workers Welfare Administration (OWWA) to ensure that a migrant worker is repatriated within 15 working days from the date that notice of approval is given to the requesting party.

If the migrant worker is deceased, the repatriation shall be completed within 30 working days from receipt of the written request by the OWWA’s Field Service Office (FSO), Workers Assistance Division (WAD), Regional OWWA Units (ROUs) or other appropriate offices.

The bills also require all licensed recruitment agencies to provide the Philippine Overseas Employment Agency (POEA) with their current and active email addresses and penalize agencies which fail to respond to communications from POEA concerning repatriation.

Learning everyday: Charisse Abalos shares perks of being a…

For convenient appointments: Abby Binay teams up with Ayala…

Need help from Dean Asistio? Here’s how you can reach him