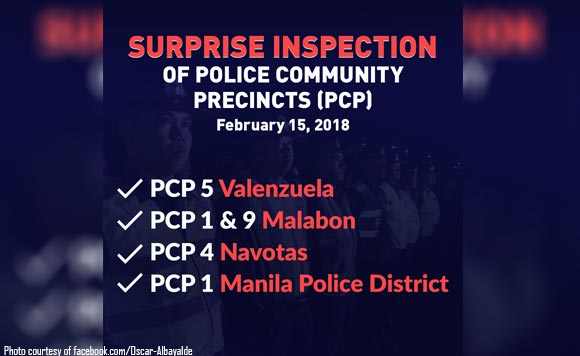 This time, the city police chief was happy and satisfied with what he saw.

According to TV reports, Albayalde no longer found policemen sleeping or drinking while on duty.

Among the police community precincts (PCP) visited by Albayalde were PCP 5 in Valenzuela, PCP 1 and PCP 9 in Malabon, PCP 4 in Navotas and PCP 1 in Manila.

The NCRPO chief found all police personnel on alert and doing their respective duties.

Albayalde ordered the relief of some 18 policemen including their chiefs after he found them sleeping and drinking while on duty.

He earlier warned policemen to improve their performance to compensate for the 100 percent increase in their salaries.