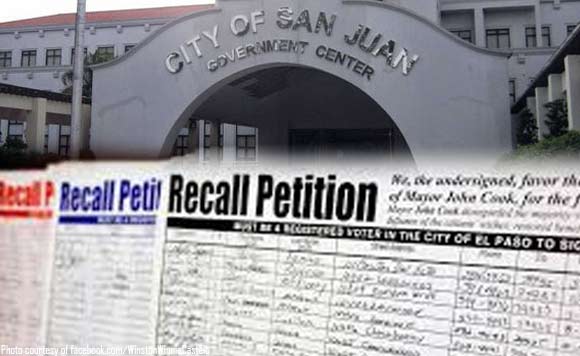 0 471
Share
Want more POLITIKO News? Get the latest newsfeed here. We publish dozens and dozens of politics-only news stories every hour. Click here to get to know more about your politiko - from trivial to crucial. it's our commitment to tell their stories. We follow your favorite POLITIKO like they are rockstars. If you are the politiko, always remember, your side is always our story. Read more. Find out more. Get the latest news here before it spreads on social media. Follow and bookmark this link. https://goo.gl/SvY8Kr

The supporters of San Juan Vice Mayor Francis Zamora were told by the Commission on Elections (Comelec) to wait a little longer for its decision on the recall election.

Comelec spokesperson James Jimenez said the poll body is still deliberating on the appeal of San Juan Mayor Guia Gomez noting that the latter only filed a motion for reconsideration last Jan. 18 or less than a month ago.

“It hasn’t been a month yet and the Comelec will not rush to a decision. The matter is being considered by the Comelec and a ruling will be issued in due time,” Jimenez said.

Jimenez issued the statement after the camp of Zamora criticized the poll body for apparently being “too slow” on resolving Gomez’s motion for reconsideration.

“The Comelec assures the parties that the matter is being seriously studied and deliberated [on] as it should be, and that there will be no unnecessary delays,” he said.

The Comelec en banc granted last year the petition of Zamora’s supporters and allowed the conduct of a recall election against Gomez.

The petition filed in September last year was signed by around 30,000 residents of San Juan, way above the required 14,425 signatures for the conduct of a recall election.