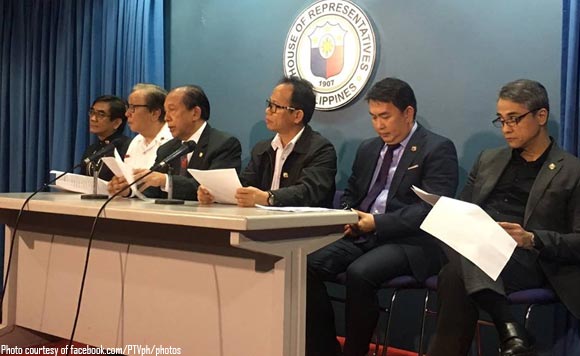 The minority bloc of the House of Representatives led by Minority Leader Danny Suarez cautioned government agencies on Wednesday to look out for Filipinos who might try to enter Kuwait through illegal recruiters.

The minority lawmakers said they supported the total ban on the deployment of overseas Filipinos workers to Kuwait, which was issued by Department of Labor and Employment (DOLE) Secretary Silvestre Bello III on Monday.

But they said the ban might lead to a rise in illegal recruitment to the Middle Eastern country.

“We fear that this ban might trigger illegal recruitment of Filipino workers to Kuwait,” the bloc said in a statement.

“Therefore, we call on the concerned agencies, such as the DOLE, POEA (Philippine Overseas Employement Agency), DFA (Department of Foreign Affairs), DOJ (Department of Justice), NBI (National Bureau of Investigation), and PNP (Philippine National Police) to form a joint task force that would monitor the exit of Filipinos bound for Kuwait, and other possible gateways to Kuwait, conduct surveillance operations, gather intelligence reports with regard to illegal recruitment and deployment activities, and file criminal charges against offenders,” they said.

The minority bloc said it condemned “the inhumane treatment of foreign employers towards Filipino migrant workers, all over the world.”

“The tragic plight of our OFWs in Kuwait was heartbreaking news to us all,” the bloc said, citing news reports of suicides by OFWs, including Joanna Dimafelis, whose murdered body was found inside a freezer in an abandoned apartment in Kuwait last week.