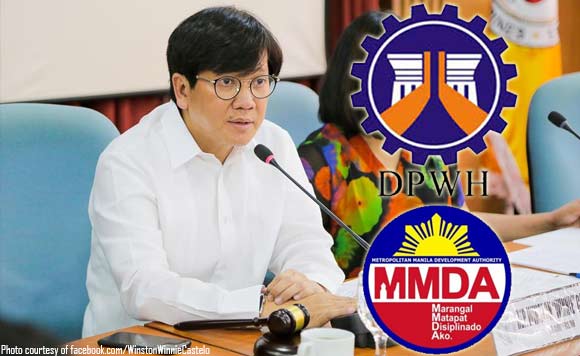 0 555
Share
Want more POLITIKO News? Get the latest newsfeed here. We publish dozens and dozens of politics-only news stories every hour. Click here to get to know more about your politiko - from trivial to crucial. it's our commitment to tell their stories. We follow your favorite POLITIKO like they are rockstars. If you are the politiko, always remember, your side is always our story. Read more. Find out more. Get the latest news here before it spreads on social media. Follow and bookmark this link. https://goo.gl/SvY8Kr

The House committee on Metro Manila development asked the Department of Public Works and Highways (DPWH) on Wednesday to coordinate closely with the Metropolitan Manila Development Authority (MMDA) and other agencies to help ease traffic congestion despite several construction projects under the “Build, Build, Build” Program.

“Development projects in Metro Manila could be contributory to the traffic situation especially if there will be no coordination among the government agencies,” said the committee chairman, Quezon City second-district Rep. Winston Castelo, during a hearing.

Several major infrastructure projects have been laid down in Metro Manila to ease traffic and transport problems. The Land Transportation Franchising and Regulatory Board (LTFRB), for its part, plans to limit the transport network vehicle service (TNVS) units in Metro Manila and nearby provinces to help ease traffic.

Fernando asked what would be the significant project that can be completed this year that will ease the traffic situation in Metro Manila.

Department of Public Works and Highways-NCR Director Melvin Navarro said the DPWH is trying to finish all of these projects before the State of the Nation Address (SONA) of President Rodrigo Duterte in July.

Navarro said another project that is expected to be finished is the Mindanao Avenue Extension that will run up to Gen. Ruiz and provide the northern links to Novaliches, Commonwealth Avenue and Quirino Highway.

“Those are major thoroughfares that can be finished this year,” he said.

Navarro said the DPWH has some projects that cannot be easily completed because of many obstructions that have to be addressed, such as the issue of right-of-way and re-location of informal settlers.

In Quezon City alone, Navarro said there are small package projects that were already finished like the road widening in Quezon Avenue, Wildlife Park in Quezon Memorial Circle, all the way going to University of the Philippines (UP).