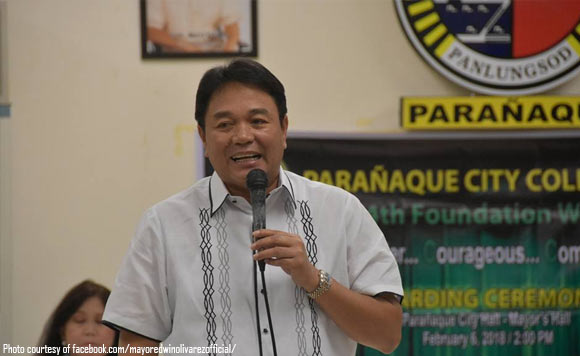 Parañaque Mayor Edwin Olivarez has a reward for the biggest taxpayers in his city.

Olivarez will honor the top taxpayers in his city for the year 2017 on Feb. 13 coinciding the city’s celebration of its 20th cityhood anniversary.

Topping the list of awardees are Belle Corp., the gaming and property unit of the Sy family, and its sister company SM Investment Corp.

Solaire Resort and Casino of Bloomberry Resorts Corp. located in the Entertainment City has paid real property tax as individual taxpayer amounting to P61.5 million in 2017.

The top five hotel casinos in the Entertainment City were among the top real property taxpayers last year in Parañaque.