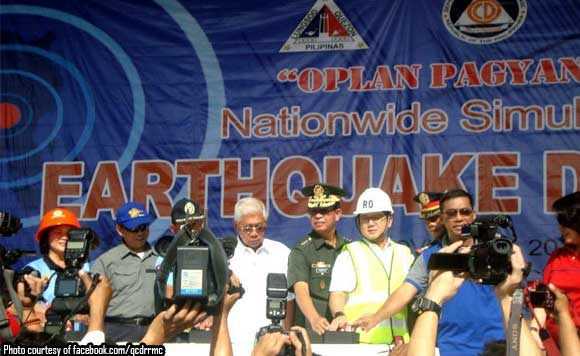 Quezon City remains to be a leader when it comes to disaster preparedness.

On Feb. 15, the city will again host the nationwide simultaneous earthquake drill to be led by no less than its hardworking Mayor Herbert Bautista.

The politiko volunteered to host the drill again, which they last hosted in 2014, to enable the city government to test its emergency management capabilities and interoperability with the national government, communities and the private sector.

He vowed to continue to invest in public safety in anticipation of the “Big One” or a huge earthquake expected to hit the metro in the near future.

Bautista said he is confident that Quezon City will execute all its contingency plans during the drill showing its city’s readiness in times of emergencies.