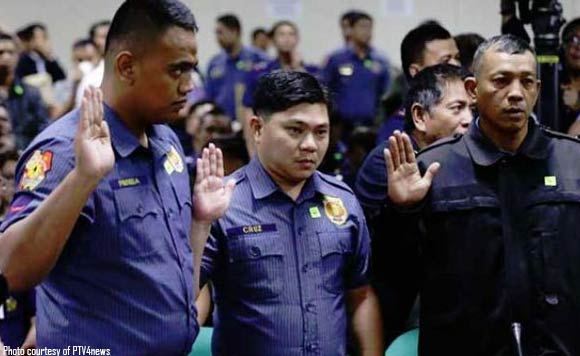 A Caloocan court on Wednesday issued arrest warrants against the three cops and an asset allegedly involved in the murder of teenager Kian delos Santos.

The four would face trial for murder and planting of evidence.

Last Monday, the accused were formally charged with murder before the Caloocan RTC. The case was raffled off to Branch 125 Presiding Judge Judge Rodolfo Azucena Jr.

The prosecution earlier recommended no bail for the four accused.

Delos Santos was killed at the height of the government’s anti-illegal drug operation in Caloocan last August 16.

Police accused the 17-year-old student as a drug courier.

Witnesses, however, claimed that Delos Santos was dragged away by the police officers and then later on found dead in a kneeling position.