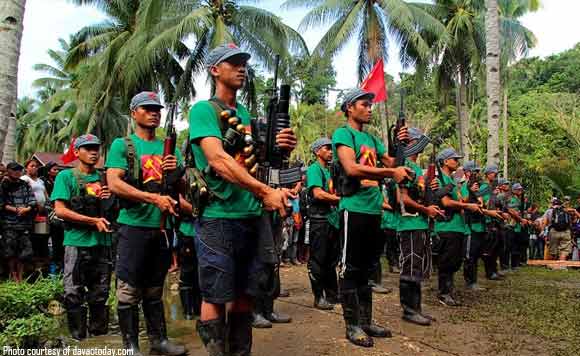 More than 40 New People’s Army (NPA) rebel surrenderers, out of the 215 taken to Manila for a three-day tour, have expressed their desire to join the military.

This was revealed by 701st Infantry Brigade commander Brig. Gen. Reuben James Basiao during a chance interview at Armed Forces of the Philippines headquarters in Camp Aguinaldo, Quezon City Wednesday.

He added that the request of the above-mentioned rebels, who are qualified to join the military, were under evaluation by the Armed Forces of the Philippines (AFP).

Basiao stressed that procedures former NPAs need to undertake in joining the military are similar to the ones being administered to civilians interested in being part of the AFP.

The surrendered rebels came from the Eastern Mindanao. They arrived from Davao City from Manila on Tuesday.

President Rodrigo Duterte earlier pledged to bring to Malacañang and tour the former rebels in Manila during his visit in Panacan, Davao City last December 21, 2017.(PNA)