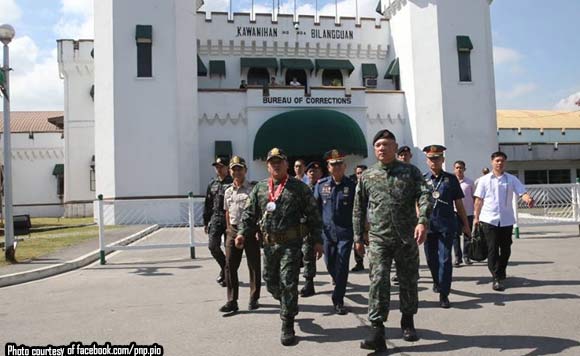 Dela Rosa, who was supposed to retire last month but was extended by three months by President Rodrigo Duterte, is expected to take over as director of the Bureau of Corrections (BuCor).

Duterte said Dela Rosa has to deal with some unfinished tasks, including matters related to police camps.

“I have the discretion to extend (the term of office) even beyond retirement age. I still have a lot of things to do. I want to do some things in Mindanao of utmost importance and I need to extend the tour of duty of General Dela Rosa to something like two to three months,” Duterte said in a press briefing yesterday at Fort Bonifacio in Taguig.

“It’s mainly infrastructure and maybe the physical setting of the headquarters of the armed forces and the police to suit the demands of the moment,” he added.

Duterte declined to elaborate but revealed the projects would involve the transfer and creation of new camps.

In a Radyo Pilipinas report, Dela Rosa assured the public that members of the relieving SAF battalion had no previous duty on the NBP in Muntinlupa.

This was done to prevent familiarization with the high-profile inmates there, he added.

Dela Rosa said the new SAF team was headed by Chief Inspector Christopher Mendoza who had gained much experience in the five-month battle to liberate Marawi City from the Maute Group terrorists.

A SAF battalion is usually relieved from NBP duty every four months. But in this case, SAF head Director Noli Taliño said the previous contingent needed to be replaced as it had been on NBP duty for the last six months. (PNA)