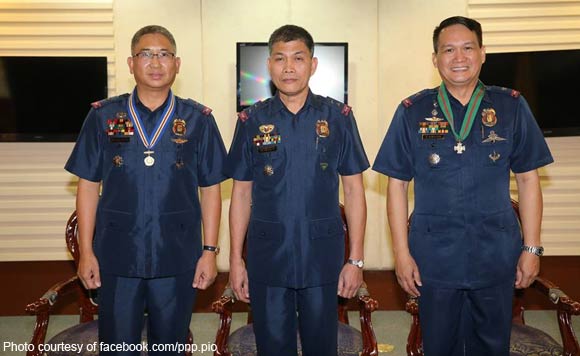 The Philippine National Police (PNP) has a new spokesperson.

Director General Ronald “Bato” Dela Rosa on Wednesday named Police Chief Supt. John Bulalacao as the new mouthpiece of the police and at the same time the head of the agency’s Public Information Office (PIO).

Bulalacao replaced Chief Supt. Dionardo Carlos who assumed the post as Director of the PNP Aviation Security Group upon the retirement of Chief Supt. Sheldon Jacaban.

Bulalacao and Carlos are both members of the Philippine Military Academy “Maringal” Class 1988.

Prior to his appointment as spokesperson, Bulalacao headed the Directorial Staff of the National Capital Region Police Office.

He also served as provincial director of the Cavite Police Provincial from 2011 to 2012. He earlier served as chief of police in Tagaytay City, Dasmariñas and Carmona.