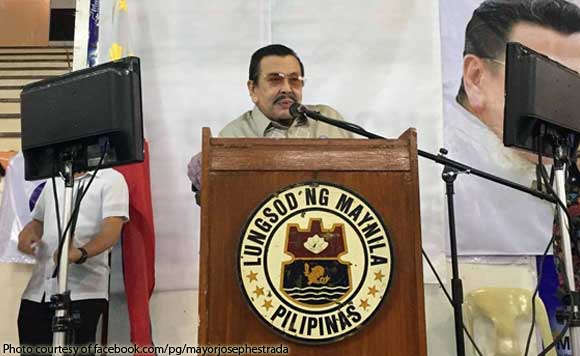 0 859
Share
Want more POLITIKO News? Get the latest newsfeed here. We publish dozens and dozens of politics-only news stories every hour. Click here to get to know more about your politiko - from trivial to crucial. it's our commitment to tell their stories. We follow your favorite POLITIKO like they are rockstars. If you are the politiko, always remember, your side is always our story. Read more. Find out more. Get the latest news here before it spreads on social media. Follow and bookmark this link. https://goo.gl/SvY8Kr

Say goodbye to all three-wheeled motorized vehicle popularly known as “kuliglig” in Manila.

Starting this year, Mayor Joseph “Erap” Estrada said kuliglig as well as pedicabs will no longer be allowed to ply the streets of Manila.

The politiko said these vehicles will be replaced with environment-friendly electric tricycles or e-trikes.

“We want Manila to be known as a ‘green city,’ one that is uncluttered, where people can travel on e-bikes without the noise [from regular bikes], and a clean city,” Estrada said.

He said the new e-trike will be a seven-seater tricycle that can travel up to 80 kilometers on a single four-hour charge.

The city government will distribute 10,000 e-trikes to qualified tricycle drivers in Manila. Early recipients of the e-trikes are operator-drivers in Binondo, Sta. Cruz, Malate and Ermita.

The e-trikes will be paid through a “drive-to-own” scheme, where the operator-driver will pay P150 a day without interest in a span of four years.

Aside from being environmental-friendly, Estrada said tricycle drivers can benefit more from e-trikes since they won’t spend for boundary and gasoline anymore.

“We need the poor to gain relief, and through this e-trike program, they won’t have to deal with the boundary system they are only required to pay a daily fee between P150 to P200, and after four years, they will own the e-trike. They will be their own bosses, they won’t have to work for others,” he said adding that battery charging will be shouldered by the city government.