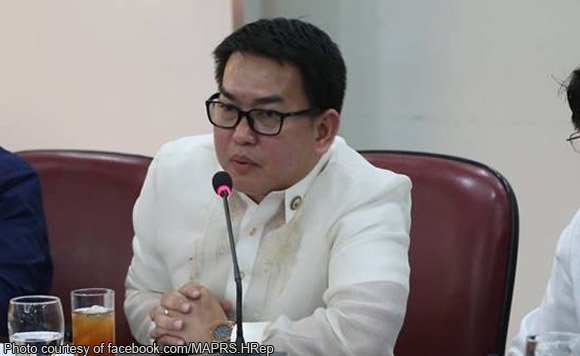 ACTS OFW partylist Rep. Aniceto Bertiz III has supported the call of President Rodrigo Duterte for a total ban on the deployment of Filipino domestic workers to Kuwait in light of recent deaths and a continuous stream of welfare cases.

In a statement he said the President’s statement showed great sensitivity to the rights of women migrant workers particularly domestic workers overseas who suffer the most because of the vulnerable nature of their occupation.

“As far back as 2016, I filed a resolution calling for a moratorium on the deployment of our domestic workers to Kuwait. I am happy that no less than the President believes that enough is enough. I fully support his statement and am hoping for the DFA and DoLE to implement his instructions,” Bertiz added.

He cited three suicides involving Filipino domestic workers from December to January of this year and monthly average of at least 300-400 runaway household workers staying at the embassy’s Bahay Kalinga as proof that a moratorium is called for.

In a speech during the launch of the Overseas Filipino Bank, Duterte said,” We have lost about 4 Filipino women in the last few months, always in Kuwait. My advice is we talk to them, tell them it’s not acceptable. We impose total ban – I do not want a quarrel with Kuwait, I respect their leaders but they have to do something about this.”

The congressman noted that even Labor Secretary Silvestre Bello III had earlier promised that he would impose a ban on domestic workers bound for Kuwait if more deaths occurred, but “failed to take action.”

“It is disconcerting that the directive to talk to Kuwait about the tragic deaths of our domestic workers in Kuwait had to come from the President himself. Even when the labor secretary promised to stop deployment to Kuwait in light of such tragic incidents, the number of deployed OFWs increased,” Bertiz said.

“This may lead to suspicions of corruption and negligence among those in government tasked to look after the welfare of our domestic workers overseas and particularly, in Kuwait. It is an open secret that Kuwait is one of the most lucrative job markets in the Middle East,” he added.

“The President’s instructions are crystal clear and I hope it will spur DoLE through the POEA to take the appropriate action in close coordination with the DFA,” Bertiz said.