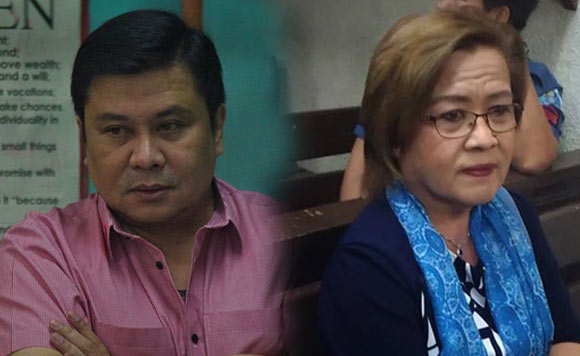 0 573
Share
Want more POLITIKO News? Get the latest newsfeed here. We publish dozens and dozens of politics-only news stories every hour. Click here to get to know more about your politiko - from trivial to crucial. it's our commitment to tell their stories. We follow your favorite POLITIKO like they are rockstars. If you are the politiko, always remember, your side is always our story. Read more. Find out more. Get the latest news here before it spreads on social media. Follow and bookmark this link. https://goo.gl/SvY8Kr

It’s not a magic trick, but rather a testament to the case which she prepared as Justice secretary.

De Lima said the justice system has been imbued with “impunity virus,” granting freedoms through favors.

Estrada quickly shot this down, saying: “Sandiganbayan’s decision to release me on bail is NO ‘judicial miracle,’ as alleged by you. It is simply an indication that the evidence that have been presented so far against me is not that strong.”

“The real magic or miracle happened when the DOJ during your watch automatically absolved the legislators allied with the previous administration found by the COA to have irregularities in the use of their PDAF allocations,” Estrada added.

It was under De Lima’s watch when the plunder case against Estrada was filed before the Sandiganbayan in 2014. Estrada was allowed to post bail in 2017.

He is definitely seething with anger here.