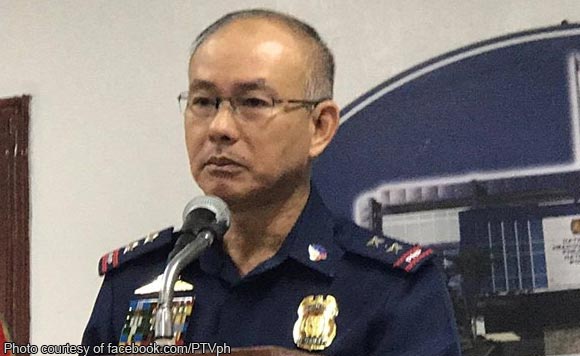 0 497
Share
Want more POLITIKO News? Get the latest newsfeed here. We publish dozens and dozens of politics-only news stories every hour. Click here to get to know more about your politiko - from trivial to crucial. it's our commitment to tell their stories. We follow your favorite POLITIKO like they are rockstars. If you are the politiko, always remember, your side is always our story. Read more. Find out more. Get the latest news here before it spreads on social media. Follow and bookmark this link. https://goo.gl/SvY8Kr

“What is worse (about the crimes today is) that more cops are involved,” he added.

Alliance of Concerned Teachers Rep. Antonio Tinio also lambasted the NCRPO chief saying that the declining crime rates he cited has been a “long-term trend” and “had nothing to do with Tokhang.”

“It’s utterly simplistic and absurd to link all or most crimes to drug use. Attributing lower crime rates to Tokhang and Double Barrel is merely a self-serving PR spin intended to justify the Duterte administration’s bloody war on drugs,” the politiko said.

“What’s for sure is that Tokhang and Double Barrel have contributed significantly to the increase in unsolved murders,” he added.

For her part, Kabataan Rep. Sarah Elago called the figures “misleading, ironic and an insult to the families of Oplan Tokhang victims.”

Albayalde earlier cited an “unprecedented” drop in crime volume in 2017 compared to 2016.

He also noted a 17.96-percent drop in crime volume in Metro Manila involving “focused crimes” like murder, homicide and physical injuries, and a 13.87-percent decrease in overall crimes against persons.

Despite doubts expressed by leftists lawmakers, Albayalde stood by his pronouncements saying that the suspects arrested in drug operations were the same perpetrators of other crimes.

“There’s a connection between drug peddling and robbery-holdups; drug users look for money to fund their addiction,” he said.