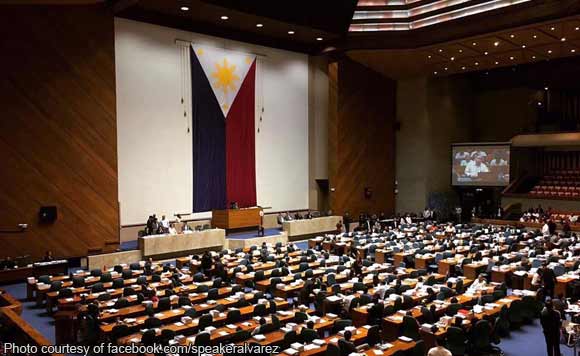 0 639
Share
Want more POLITIKO News? Get the latest newsfeed here. We publish dozens and dozens of politics-only news stories every hour. Click here to get to know more about your politiko - from trivial to crucial. it's our commitment to tell their stories. We follow your favorite POLITIKO like they are rockstars. If you are the politiko, always remember, your side is always our story. Read more. Find out more. Get the latest news here before it spreads on social media. Follow and bookmark this link. https://goo.gl/SvY8Kr

By a viva voce vote, the House of Representatives adopted Concurrent Resolution 9 paving the way for Congress to convene into a constituent assembly (Con-Ass) and switch to a federal form of government.

The 1987 Constitution states that the Congress, as a Con-ass, may propose amendments to, or revise the Charter. The Duterte administration wants to federalize the Philippine government.

Concurrent Resolution 9 states that Con-ass is the preferred mode of introducing amendments to the Constitution “since it is deemed the most expeditious, open and least costly among the options contemplated.”

Speaker Pantaleon Alvarez said earlier that convening into a Con-ass was the top priority of the House this year.
The committee on constitutional amendments is in the process of drafting a new Constitution to be presented to the Con-ass.