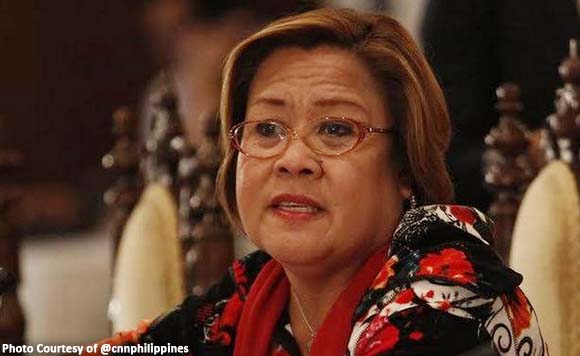 Following accusation of partiality in handling the case of Senator Leila De Lima, a Muntinlupa judge has decided to inhibit from the illegal drugs case against the lady politiko.

“The court is fully aware that a mere imputation of bias or partiality without any proof or evidence is not a ground for a judge to inhibit in further proceeding with a case. In order not to cast doubt on the integrity and impartiality of the Presiding Judge and to disabuse the mind of the accused and her counsel who have expressed serious doubts on her objectivity in resolving this case due to the adverse orders issued against her, the court, acting on its sound discretion, voluntarily inhibits herself from further hearing the case,” Guerrero’s order read.

Records of the case will be forwarded to the Clerk of Court for re-raffle to other branches of the Muntinlupa RTC.

In her motion, De Lima’s camp said Guerrero has “displayed an unseemly and undue haste” in ensuring her detention and depriving her of liberty despite pending petition filed before the Supreme Court.

She cited the judge’s inaction on her pending Motion to Quash (MTQ) and the scheduling of the senator’s arraignment prior to deciding on the pending MTQ and petition filed before the SC.

“The glaringly clear, single-minded over-eagerness to detain accused De Lima based on an invalid information that is irredeemably and irreparably tainted and made defective by, among others, the rampant and blatant violation of accused De Lima’s rights, is quite evident,” the senator’s camp said.