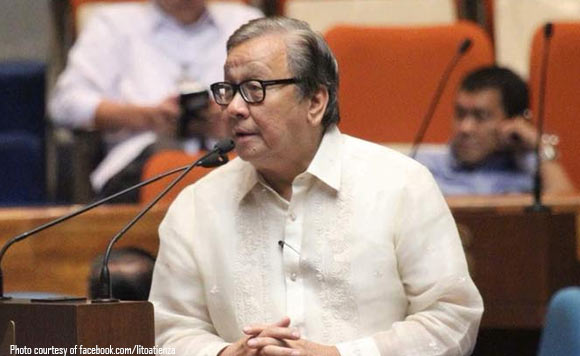 0 548
Share
Want more POLITIKO News? Get the latest newsfeed here. We publish dozens and dozens of politics-only news stories every hour. Click here to get to know more about your politiko - from trivial to crucial. it's our commitment to tell their stories. We follow your favorite POLITIKO like they are rockstars. If you are the politiko, always remember, your side is always our story. Read more. Find out more. Get the latest news here before it spreads on social media. Follow and bookmark this link. https://goo.gl/SvY8Kr

Buhay Party-list Rep. Lito Atienza has called on Congress to “waste no time” and proceed with the election of constitutional convention delegates alongside the mid-term elections in 2019.

“Congress should waste no time in calling for a constitutional convention now, and forget about simply mustering itself into a constituent assembly to propose changes to the charter,” the politiko said in a statement.

The House senior deputy minority leader noted that President Duterte strongly advocated a constitutional convention during the 2016 elections and now that he was elected into office.

He added that the extra budget required by a constitutional convention should not dissuade Congress.

“We should not hesitate to invest in the preparation of a new Constitution that could free up the national economy from the clutches of oligarchs, build genuine peace and order, provide full employment and guarantee every Filipino family a rising standard of living,” the former mayor of Manila said.

“The budget for a constitutional convention is a sensible investment in the future of our children and grandchildren. In no way should we consider it an improvident expense,” he added.

“This is the first time in more than 30 years that we will be rewriting the Constitution. We might as well invest wisely in perfecting a truly responsive and highly relevant new charter through a constitutional convention,” he further said.