No need to explain comfort woman statue to Japan — Brosas 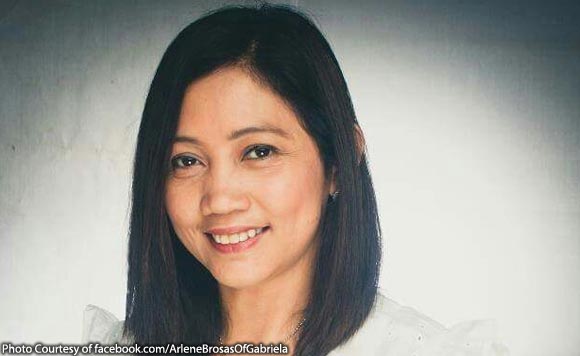 0 646
Share
Want more POLITIKO News? Get the latest newsfeed here. We publish dozens and dozens of politics-only news stories every hour. Click here to get to know more about your politiko - from trivial to crucial. it's our commitment to tell their stories. We follow your favorite POLITIKO like they are rockstars. If you are the politiko, always remember, your side is always our story. Read more. Find out more. Get the latest news here before it spreads on social media. Follow and bookmark this link. https://goo.gl/SvY8Kr

Gabriela partylist Rep. Arlene Brosas said the National Historical Commission of the Philippines does not need to explain why a statue of a Filipino comfort woman was erected in Manila despite objections of the Japanese government.

She said the statue on Roxas Boulevard in Manila was a depiction of true events during World War II.

“Why does the NHCP need to explain when it is an established fact in history that Filipino women were abused, repeatedly raped, and killed during the Japanese occupation. It is nothing but right to instill in today’s generation the dark time that we went through under Japanese colonial forces,” said Brosas.

The Makabayan congresswoman said it should not matter to the government that Japan is a major donor and provider of loans and assistance for Philippine development programs.

“Loans and financial assistance from Japan does not give them the right to direct or persuade us not to commemorate the horrors Filipino women faced during the Japanese occupation in the country,” Brosas said.

The unveiling of the comfort woman monument along Roxas Boulevard in Manila has triggered a diplomatic row between the Philippines and Japan.

“We are enraged that a government agency’s primary concern are the sensitivities of the perpetrators rather than act on how we can give full justice to those who were aggrieved,” Brosas added.

The partylist said that the Duterte administration should not follow other countries who bowed down to the Japanese government by destroying or halting the construction of a comfort women monument.

“The Japanese government aims to erase any trace of their country’s brutality to the world and we should not allow them to have their way on historical revisionism. It is an added insult to the comfort women in the country and the families of those who died during the Japanese occupation if this administration allows Japan to have the say in the comfort women monument issue,” said Brosas.