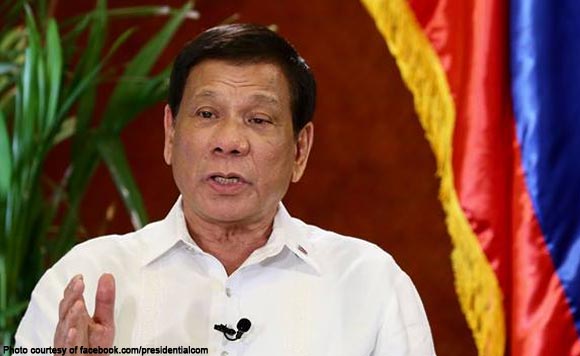 0 777
Share
Want more POLITIKO News? Get the latest newsfeed here. We publish dozens and dozens of politics-only news stories every hour. Click here to get to know more about your politiko - from trivial to crucial. it's our commitment to tell their stories. We follow your favorite POLITIKO like they are rockstars. If you are the politiko, always remember, your side is always our story. Read more. Find out more. Get the latest news here before it spreads on social media. Follow and bookmark this link. https://goo.gl/SvY8Kr

House Deputy Minority Leader and ABS Party-list Rep. Eugene De Vera said that while all commissioners of constitutional commissions will have to tender their resignation a year after the new constitution is ratified and Duterte will be able to appoint replacements, the President will not have full control of these commissions as his appointees still have to face the powerful Commission on Appointments.

De Vera, who is one of the authors of a draft constitution being deliberated in the House of Representatives, said he wants commissioners of constitutional commissions to resign to give the new Federal Republic “a fresh start.”

Article XVIII, Section 15 of the 1987 Constitution cut short the terms of all commissioners of the Civil Service Commission, COA and Comelec to only last for one more year after the ratification of the Constitution.

This plan to axe commissioners of the CSC, COA and Comelec to allow Duterte to appoint their replacements has alarmed Bayan Muna chair Neri Colmenares, who said it will grant Duterte total control over the constitutional commissions.

This proposal is a provision under a draft constitution in Resolution of Both Houses No. 8, authored by De Vera and Pampanga 3rd District Rep. Dong Gonzales, which is the first attempt of Congress under Duterte to tinker with the Constitution in the hopes of establishing a federal republic.