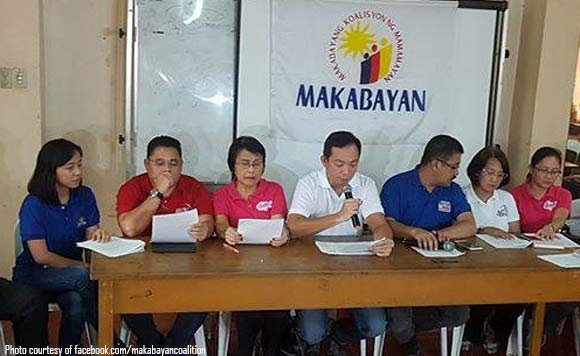 0 403
Share
Want more POLITIKO News? Get the latest newsfeed here. We publish dozens and dozens of politics-only news stories every hour. Click here to get to know more about your politiko - from trivial to crucial. it's our commitment to tell their stories. We follow your favorite POLITIKO like they are rockstars. If you are the politiko, always remember, your side is always our story. Read more. Find out more. Get the latest news here before it spreads on social media. Follow and bookmark this link. https://goo.gl/SvY8Kr

The Makabayan bloc is set to challenge the newly-implemented tax reform law before the Supreme Court next week.

ACT Teachers Partylist Rep. Antonio Tinio said they will be ready to submit their petition against the Tax Reform for Acceleration and Inclusion (TRAIN) Law to the high court next week.

“Ayoko pangunahan yung mga detalye. Generally, we will raise procedural issues as well as certain possibly substantive issues. [It] will be ready next week,” Tinio said.

He noted that if ever the SC ignores their petition, the issue should not be taken for granted especially by the public, whom he said would be greatly affected by the law.

Tinio insisted that higher excise taxes will increase prices of basic commodities and services, which is contrary to the statement of the Department of Trade and Industry that the new law will have “minimal” effect on prices.