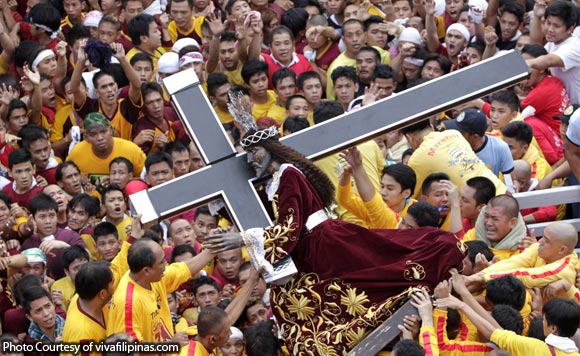 If you are planning to join the 2018 Traslacion, don’t you dare try to carry weapons or other dangerous items.

“We will be conducting random checks on bags and backpacks of both devotees and other people in the area to ensure that they are not carrying weapons or dangerous items,” said Albayalde.

He noted that some 5,600 policemen will be deployed during the festivity to ensure the safety of the devotees. The cops will also be augmented by some members of the Special Action Force and around 200 soldiers.

Snipers and members of the Explosives and Ordnance Division (EOD) will likewise be deployed starting Sunday.

Police and military will also fly drones during the procession around Manila area as part of security measures.

Some cops in civilian clothes will also be deployed among the crowd.

While Albayalde said that there is no serious terror threat, he still warned the public to stay alert against other threats such as petty crimes.

“We all know that not all of those who will take part in the Traslacion are devotees. There will be pickpockets and snatchers who will likely insert themselves,” he said.

Millions of people are expected to flock to Manila as early as Monday in preparation for the procession of the Black Nazarene image on Tuesday which will start from Quirino Grandstand going to Quiapo church that usually lasts for hours.