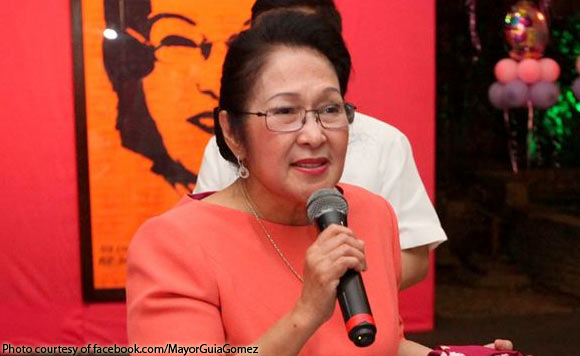 The fight is not over for San Juan Mayor Guia Gomez.

According to Grace Cortes, chief of the San Juan City Public Information Office, the lady politiko was not deliberately avoiding being served with the notice of the recall election but instead she was planning to appeal the Commission on Elections (Comelec) ruling before the Supreme Court (SC).

After being accused by his rival, former vice mayor Francis Zamora, of purposely skipping work for weeks to dodge the notice, Gomez showed up at the City Hall last Thursday.

She, however, stayed for only two and a half hours and again failed to receive the notice.

“It was unfortunate that the Comelec personnel who delivered the notice [for a recall election] was not able to see her personally,” said Cortes.

Cortes explained that her boss had to leave early to undergo therapy for her foot which she injured during a pilgrimage to Europe last year.

She said that Gomez was actually planning to face the media once she has received the notice from the poll body.

Zamora, however, believed that Thursday’s incident was another ploy of Gomez to avoid the recall election.

The Comelec earlier granted the petition to hold a recall election against Gomez, who won in the 2016 elections over her former ally-turned-rival Zamora.

The petition, which the poll body found sufficient in form, gathered 30,000 signatures from San Juan residents, way above the required 20 percent requirement for the conduct of a recall election.