Colmenares on ‘no-el’ scenario: All roads lead to centralized powers for Duterte 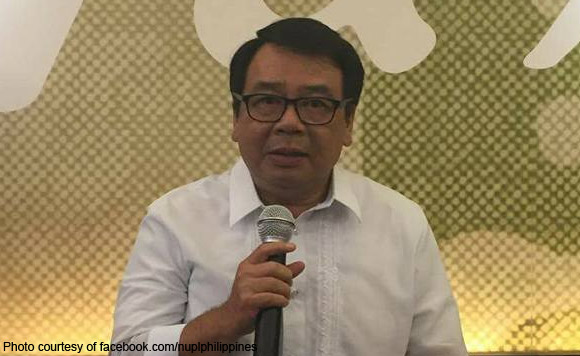 0 771
Share
Want more POLITIKO News? Get the latest newsfeed here. We publish dozens and dozens of politics-only news stories every hour. Click here to get to know more about your politiko - from trivial to crucial. it's our commitment to tell their stories. We follow your favorite POLITIKO like they are rockstars. If you are the politiko, always remember, your side is always our story. Read more. Find out more. Get the latest news here before it spreads on social media. Follow and bookmark this link. https://goo.gl/SvY8Kr

All roads lead to centralized powers for President Rodrigo Duterte.

This was the warning issued by Bayan Muna and Makabayan chairman Neri Colmenares, a former Bayan Muna representative, after the leadership of both Houses of Congress admitted that the terms of members of Congress may be extended and elections may be cancelled in 2019.

“All roads lead to centralized powers for Pres. Duterte, whether its martial law, revolutionary government or charter change. Worse, these roads may get the support of many politicians as a result of the cancellation of the 2019 elections and the wholesale extension of terms of all government officials from the Senators down to councilors,” he said.

“If the mode for amending the Constitution is the constituent assembly, it’s a foregone conclusion that Pres. Duterte’s super majority in Congress can craft the new Constitution according to their will,” he said.

“What is worse is that Resolution of Both Houses 8, the pending ‘Cha-Cha’ resolution in the House of Representatives, contains dangerous transitory provisions that allow Pres. Duterte to exercise ‘legislative powers’ until the ‘next’ Congress is convened,” he said.

“This means that Pres. Duterte will be issuing presidential decrees and passing laws well beyond 2019,” Colmenares said.

“Strangely, the proposed PDP Laban Federal Constitution does not contain transitory provisions which means that they could put in anything including no-el and term extensions once Congress convenes as a constituent assembly,” he added.

“Cha-Cha, including Con-Ass, is a threat to the most fundamental freedoms of the Filipino people,” added the Makabayan leader.

Colmenares said he disagreed with the justification that Con-Ass is the best mode because it is the cheapest and most expeditious way to amend the Constitution.

“For me, Cha-Cha is nothing more than an attempt to eliminate protectionist provisions in the constitution and centralize powers to Pres. Duterte. Cha-Cha is term extension. It must be opposed.” he said.

“Many have previously opposed Cha-Cha with ‘no el’ and term extensions, and won. We should not only oppose Cha-Cha once more but also Con-Ass as a means to Cha-Cha,” he said.