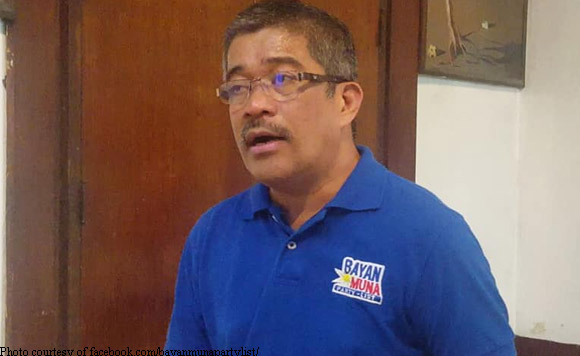 The Makabayan bloc is mulling to to challenge the Tax Reform for Acceleration and Inclusion (TRAIN) before the Supreme Court (SC) for allegedly being railroaded without quorum at the House of Representatives.

Bayan Muna Rep. Carlos Zarate said he and his fellow militant solons in the Makabayan bloc are planning a case before the SC to halt the implementation of TRAIN.

“We will challenge the legality of this run-away TRAIN as it was railroaded in the House without the required quorum and distribution of approved copies to the members,” Zarate said in a statement on Tuesday (January 2).

Zarate, along with ACT Teachers Party-list Rep. Antonio Tinio and Anakpawis Party-list Rep. Ariel Casilao previously slammed the House for passing the TRAIN law before their holiday break, despite barely having any members present in the plenary hall.

Zarate also warned of a “price shock” as a result of the TRAIN law, which cuts personal income taxes but increases excise taxes on goods and services like petroleum, sweetened beverages and cosmetic procedures.

“Majority of our poor people will suffer more and would be mired further into poverty with the expected spike in the prices of major basic commodities and services beginning this month,” he said.

The lawmaker added that gasoline would go up by P2.97 per liter, while diesel prices will increase by P2.80 per liter, and kerosene will see a price hike by P3.36 per liter.

Presidential Communications Secretary Martin Andanar has admitted that the TRAIN law will lead to a price hike, but it will also lead to bigger revenues for the government which would fund the Duterte administration’s ambitious Build, Build, Build infrastructure program.

President Rodrigo Duterte signed TRAIN into law on December 19, 2017, which he dubbed as his administration’s Christmas gift to 99 percent of tax paying Filipinos, who would enjoy massive income tax cuts, while those earning below P250,000 annually would be exempted from income tax.

Aside from Build, Build, Build, TRAIN’s expected P130 billion for the government would fund free education in state universities and colleges and the doubling of the base pay of military and police personnel.