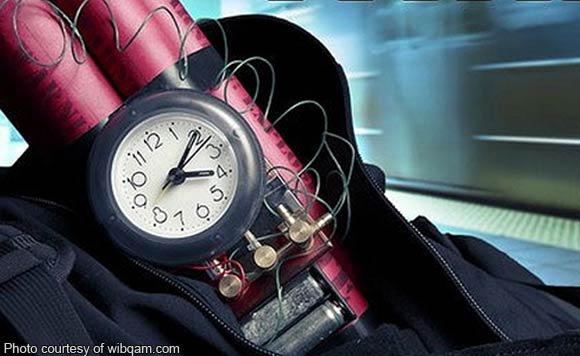 Senator JV Ejercito on Tuesday alluded to their family’s political rival in San Juan City as the alleged culprit in the bomb scare in the concert venue in near the city hall.

The senator sponsored the said event, a birthday gift to San Juan residents.

“Happening tonight at the Plaza in San Juan! May bomb threat pa! Too much of a coincidence? Desperate moves by local adversaries! Ayaw tumigil. Pero tuloy ang rakrakan!” he said in his Twitter account.

The senator was candid in admitting that he was referring to the Zamoras in his tweet concerning his sponsored concert “Alay sa Kabataan” at the Tanghalan ng Masa.

Gomez’ former vice mayor, Francis Zamora, once a ally now turned into a political foe, has challenged her re-election last 2016 polls and has managed to convince the Commission on Elections (Comelec) to order a recall of the polls.