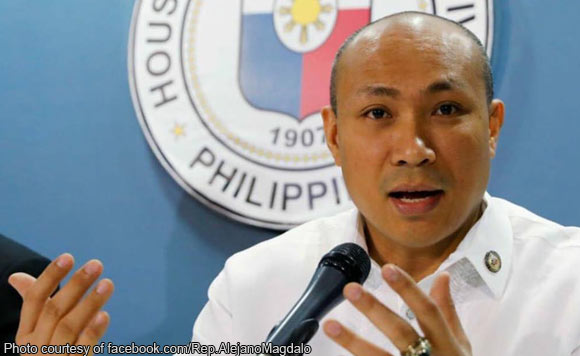 Magdalo partylist Rep. Gary Alejano said the results of a recent Social Weather Stations poll was a vindication of the opposition to the one-year extension of martial law in Mindanao.

“Majority of the Filipinos, even those from Visayas and Mindanao, share the same sentiment and can see the fact that the war in Marawi City is already over,” Alejano said.

“  Further, the survey also validates the view that the Armed Forces of the Philippines can address and suppress the threats of terrorism even without martial law – indicative also of the trust of Filipinos to our armed forces’ capabilities,” he added.

Alejano, a former Marine captain, added, “Indeed, this could be done through existing mechanisms to make arrests of suspected terrorists and continuous military operations.”

“Supporters of the martial law extension, arguing that their constituents support such move, might want to consider and reflect on these poll results,” he said.

“With little belief of the public on the need for extension, the prolonged martial law only raises fear and worries among the public,” Alejano said.

On December 13, the Senate and the House of Representatives voted in a joint session to extend martial law in Mindanao from January 1, 2018 to December 31, 2018.