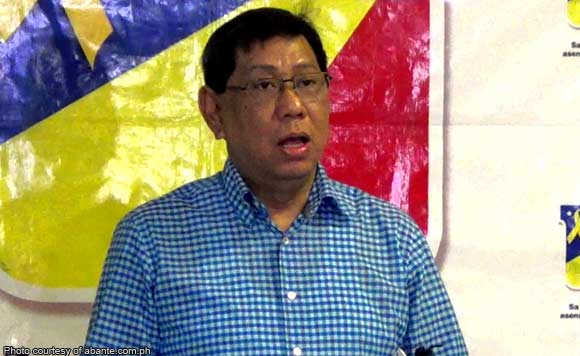 Caloocan City second-district Rep. Edgar Erice said even opposition House leaders got huge allocations in the budget for their districts during the time of former President Benigno Aquino III.

He made the statement in response to questions about budgetary practices done by past administrations including Aquino’s in depriving funds from opposition lawmakers.

“During the Aquino administration even the districts of opposition leaders were given huge allocations,” said Erice, a member of the Liberal Party.

Erice was one of 24 House members whose infrastructure funds were scrapped from the 2018 budget as punishment for not cooperating with the supermajority or for political reasons.

“I can show you proof that many opposition leaders got bigger allocation than LP legislators. The rule is according to the need,” Erice said.

As an example, he cited the case of former Quezon Rep. Aleta Suarez, wife of the incumbent Minority Leader Danny Suarez.

“(Check the) DBM website, compare allocation of my district vs the district of Cong Suarez. She has billions while mine is around 500m. 2015 and 2016,” Erice said.

“What the speaker took out in the budget is not pork, but regular infrastructure projects which passed a year long process by the DPWH to determine priority needs of each areas,” he said.

“That’s why the president included it in the national expenditures program,” he added.

“Pork is initiated by congressmen, however regular projects in every district proposed by the executive should be beyond politics. The speaker is violating the rights of taxpayers in the districts affected,” he said.

“The speaker is bullying his way in his efforts to turn congress into a house of puppets,” Erice said.