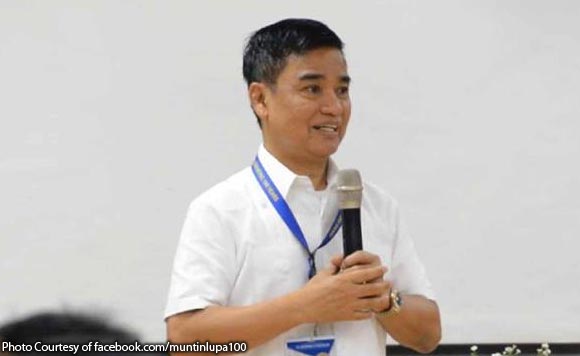 0 793
Share
Want more POLITIKO News? Get the latest newsfeed here. We publish dozens and dozens of politics-only news stories every hour. Click here to get to know more about your politiko - from trivial to crucial. it's our commitment to tell their stories. We follow your favorite POLITIKO like they are rockstars. If you are the politiko, always remember, your side is always our story. Read more. Find out more. Get the latest news here before it spreads on social media. Follow and bookmark this link. https://goo.gl/SvY8Kr

The lucky baby was declared as the winner of the city’s search for the centennial baby in celebration of Muntinlupa’s founding anniversary.

A photo of the baby taken at Medical Center of Muntinlupa Inc. with Mayor Fresnedi holding a giant check was posted on the city government’s official Facebook page.

Malacañang has declared Dec. 19 a special non-working holiday in Muntinlupa in commemoration of its 100th founding anniversary.

Several concerts were held in various venues in Muntinlupa as part of the “Grand Salubong” party featuring popular local artists and bands like Ely Buendia, Side A, True Faith, among others.