Tinio says TRAIN passage a farce: Only 10 lawmakers in the House while the rest partied 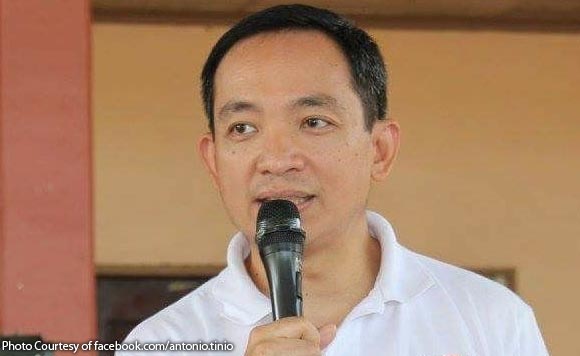 ACT Teachers partylist Rep. Antonio Tinio had strong words to say against the ratification at the House of Representatives of the Tax Reform for Acceleration and Inclusion (TRAIN) measure on Wednesday evening.

Tinio said there were barely 10 people on the plenary floor when the ratification occurred, while most of the rest of the House members were partying at Sofitel with President Rodrigo Duterte in a Christmas party hosted by PDP Laban.

He had tried to question the quorum during the plenary session, but was overruled by House leaders.

“Tonight’s ratification of the TRAIN by the House of Representatives was a total farce and travesty of so-called representative democracy. With barely 10 people on the floor and despite my very clear objections due to obvious lack of quorum, the presiding officer and majority floor leader proceeded to adopt the final report of the tax reform bill’s bicameral conference committee, copies of which were not even on hand,” he said.

“Since there was no quorum and no actual vote was taken, the alleged ratification is clearly invalid. The brazen railroading of this TRAIN wreck on the poor exposes yet again the blatant disregard of the Duterte administration and its Supermajority in Congress for even the most minimal standards of democracy,” Tinio said.