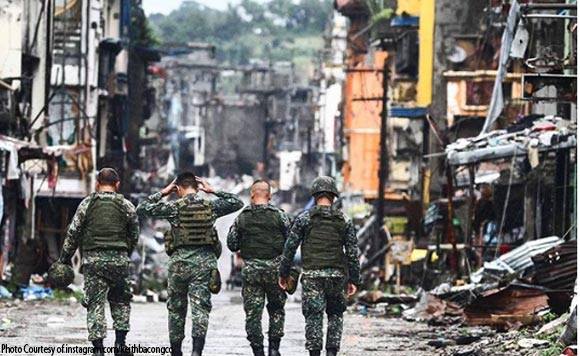 A party-list representative reiterated her call to declare martial law in the whole country during the joint session of Congress on President Rodrigo Duterte’s request to extend martial law in Mindanao.

Kusug Tausug Party-list Rep. Shernee Abubakar said she wants martial law declared in the entire country as the New People’s Army (NPA) has forces in Luzon and Visayas as well.

“But, Mr. Speaker, there are still NPAs. And they could also make attacks in Luzon and Visayas,” Abubakar said.

“I reiterate my stand that martial law should be extended not just in Mindanao but also in Luzon and Visayas if it serves the best interest of our nation,” she said.

However, Defense Secretary Delfin Lorenzana is not as enthusiastic as Abubakar on declaring martial law in the entire Philippines.

“In the Visayas and Luzon, manageable po ‘yung mga activities ng CPP (Communist Party of the Philippines)-NPA kaya I don’t think that would be used to spread or include Visayas and Luzon in the martial law,” Lorenzana said.

He added that 45 percent of local Communist forces are concentrated in Mindanao.

Duterte is asking for Congress’ approval of his request for the extension of martial law in Mindanao until the end of 2018, citing, among other things, increased activity of Communist rebels.