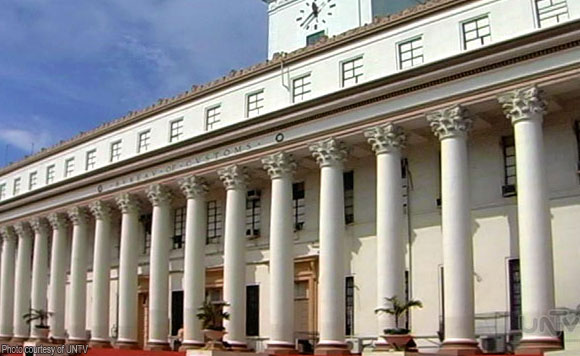 0 606
Share
Want more POLITIKO News? Get the latest newsfeed here. We publish dozens and dozens of politics-only news stories every hour. Click here to get to know more about your politiko - from trivial to crucial. it's our commitment to tell their stories. We follow your favorite POLITIKO like they are rockstars. If you are the politiko, always remember, your side is always our story. Read more. Find out more. Get the latest news here before it spreads on social media. Follow and bookmark this link. https://goo.gl/SvY8Kr

The allegations of corruption will not stop former deputy commissioner Ariel Nepomuceno’s return to the Bureau of Customs (BOC).

To recall, Nepomuceno resigned from post as head of BOC Enforcement Group at the height of the P6.4 billion drug shipment controversy in August.

The three were tagged by Senator Panfilo Lacson as among the alleged corrupt officials of Customs in his August 23 privilege speech wherein he outlined the deeply entrenched corruption in the agency.

The veteran politiko named them among the “‘major recipients” of “tara” or grease money at the bureau.

According to a report of Manila Bulletin, Nepomuceno will lead the Post-Clearance Audit Group (PCAG), formerly Post-Entry Audit Group (PEAG).

He will supposedly hold the title of assistant commissioner but with the same level as deputy commissioner.

This was made possible through Executive Order 46, which President Rodrigo Duterte signed last October 20, saying that the PCAG will be headed by an assistant commissioner tasked to conduct post-clearance audit of goods to ensure importers’ compliance with customs laws and regulations.

The audit group will be added to the BOC’s six existing groups, which are headed by deputy commissioners.

Nepomuceno is set to assume his new post on Monday.