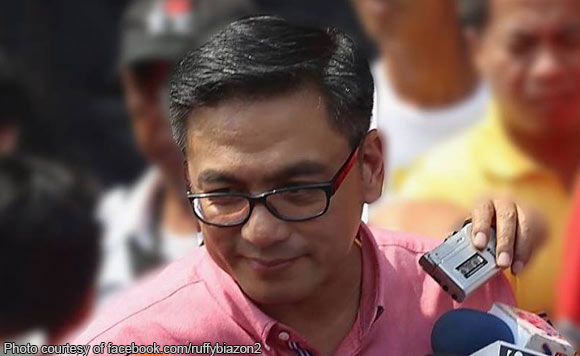 Muntinlupa City Representative Rozzano Rufino “Ruffy” Biazon has been allowed by the Sandiganbayan 7th Division to travel to Europe with his family to spend the holidays.

The anti-graft court has issued a resolution granting the motion of Biazon to travel to Italy, Switzerland and France from December 20, 2017 up to January 6, 2018.

Biazon is charges of graft, malversation and direct bribery in connection with his alleged involvement in the Priority Development Assistance Fund (PDAF) scam.

Under the charges, Biazon is accused of having received kickbacks worth P1.95 million from his co-accused, alleged pork scam mastermind Janet Lim Napoles, in 2007.

The kickbacks were paid in exchange for picking her non-government organization (NGO), the Philippine Social Development Foundation Inc. (PSDFI), which received P3 million of his PDAF to implement his projects.

Investigation also discovered that the PSDFI did not undergo the required public bidding and that it never implemented the projects.