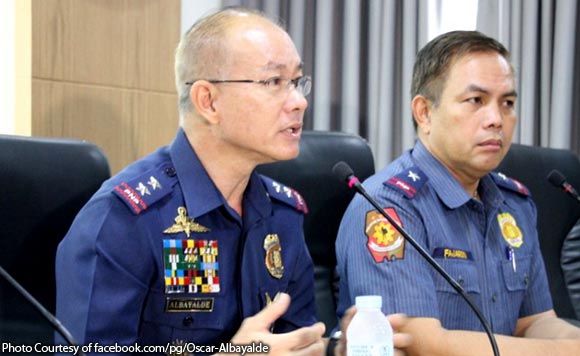 Members of the Philippine National Police (PNP) were made to read Bible passages following their return to President Rodrigo Duterte’s brutal drug war.

The PNP said this was part of their spiritual reformation to lift their moral aptitude and gain “a more humane outlook” in the performance of their duties and functions, a police official has said.

“We noted that our policemen must also have a broader perspective of their duties, including fear of God. That is why we are now focusing on the spiritual aspect of their reorientation and reformation,” PNP Training Service Director Supt. Elpidio Gabriel Jr. told the Philippine News Agency (PNA) in a recent interview.

National Capital Region Police Office (NCRPO) chief, Chief Supt. Oscar Albayalde said: “Actually, it is a continuous program since I assumed my post on July 1, 2016 — the FORM-POLICE of NCRPO. We call it ‘Back to Camp’. That is why we have a Tent City inside the camp.”

Albayalde said he had issued a directive to all district directors to strictly implement the vetting process of personnel to be assigned to the Drug Enforcement Unit.

“We will not hesitate to send another batch of police officers to the Focused Reformation/Reorientation and Moral Enhancement if that is what’s needed to correct their lapses. We shall also continue other refresher courses on human rights laws and police operational procedures needed by our police officers,” he said in a statement.

“This is to ensure that police officers are trained, qualified, and disciplined to handle their assignment,” he added. (PNA)