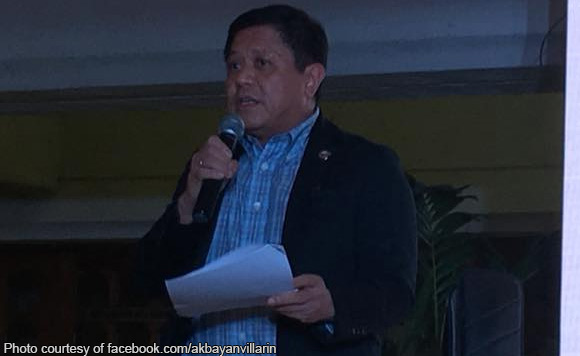 Speaker Pantaleon Alvarez said sanctions may be in store for House members who make irresponsible statements about the conduct of the impeachment hearing by the committee on justice.

“A, yun na nga, kailangan dalhin sa Ethics Committee yun. Kasi hindi tama yun,” he said in a press briefing after he was asked about criticisms made by House members about the impeachment hearing.

Though he was not mentioned, the question alluded to the statement issued last week by Akbayan partylist Rep. Tom Villarin.

“I believe that this charade is heading nowhere but to a ‘monumental fuck up’ that the House should immediately dismiss so we can tackle other important business like the BBL and other priority legislation. Otherwise the public will have a bland Yuletide entertainment from the House,” he said.

The statement angered members of the House justice committee, but no immediate action was taken against him.

Villarin, in a statement on Wednesday, said he is ready to face sanctions.

“I used such words like ‘fuck up’ only in situations that call for them. President Duterte and his ilk have been using them loosely which makes them just plain cuss and crass, without sense,” he said. “I know that this will affect the sensibilities of others like my colleagues in the House. I also know when to use my small stash of these ‘colorful words’ and must know how to use them properly.”

“If the House leadership will exact sanctions against me, I will gladly face it head on. I won’t be cowed to say things that must be said nor hide the truth from the public,” Villarin said.