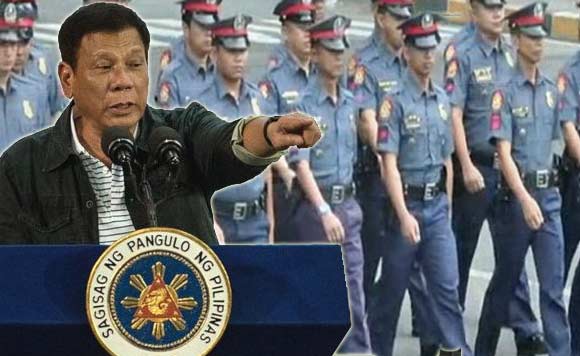 The Philippine National Police (PNP) is now officially back in the administration’s anti-illegal drug war.

This was after President Rodrigo Duterte signed a memorandum directing the PNP and other law enforcement agencies to provide “active support” to the Philippine Drug Enforcement Agency (PDEA) in its drug operations.

According to Presidential Spokesperson Harry Roque, the PDEA is still the lead agency in the crackdown.

“Now, this supersedes the earlier memorandum that designated the PDEA as the sole agency that will deal with the anti-illegal drug operations. Take note though that the language of the memorandum is that they will resume, I quote, ‘They will resume, providing active support in the Philippine Drug Enforcement Agency, in the conduct of anti-illegal drug operations,'” Roque said.

“Meaning, PDEA remains the lead but the PNP will again participate in the anti-illegal drug operations,” he added.

Roque, meanwhile, could not say for certain whether Oplan Tokhang will be revived.

He said all operations should have to be coordinated with PDEA.

Last October, President Duterte tasked PDEA to be the “sole agency” to handle the drug operations following allegations of abuses and extrajudicial killings related to the PNP-led drug war.

Is this your final answer, Mr. President?