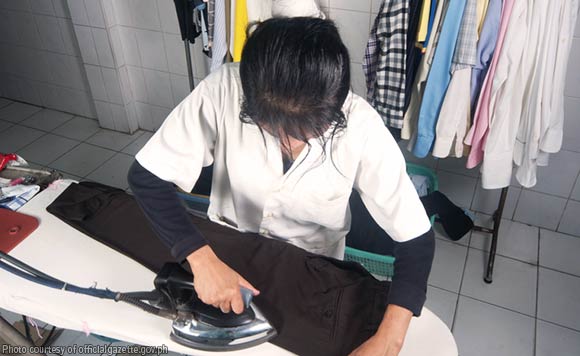 Domestic workers in Metro Manila will definitely have a merry Christmas this year!

This was after the Regional Tripartite Wages and Productivity Board-National Capital Region (RTWPB-NCR) approved the wage increase for domestic workers on November 30 as confirmed by Labor Secretary Silvestre Bello III on Saturday.

However, those who are not covered include “service providers, family drivers, children under foster family arrangement and any other person who performs work occasionally or sporadically and not on occupational basis.”

Any violation of the order shall be punishable with a fine of not less than P10,000 but not more than P40,000.

The adjustment will take effect 15 days after publication in a newspaper of general circulation.

The Associated Labor Unions-Trade Union Congress of the Philippines (ALU-TUCP) was among the first to welcome the increase saying that it was an “early Christmas gift for our kasambahays.”

“We are happy that the wage board has granted the increase. With the falling value of wages, household helpers also needed the raise to cope with rising cost of living,” the group said.