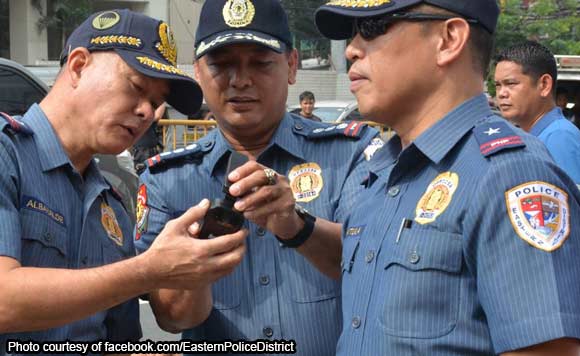 Pasig City Mayor Robert Eusebio is the first local official in Manila to heed the call to equip policemen with body cameras.

The politiko on Thursday turned over 48 body cameras to the Pasig police to be distributed among the city’s 10 precincts and the Special Reaction Unit.

“Pasig is the first in the National Capital Region to have actual body cameras. I think Quezon City has also pledged body cameras… We hope all our mayors will donate body cameras while we are waiting for the release (of PNP funds),” Albayalde said.

“First off, this is in preparation for the return of the war on drugs to the PNP. At least, we are starting to receive donations. Like in Pasig, we thank the good mayor of Pasig for responding to our request. While there are still no funds yet for the body camera for the PNP, the local executives will provide,” he added.

The provision of body camera to policemen has been proposed amid the series of cases of alleged extrajudicial killings linked to the government’s anti-illegal drug war.