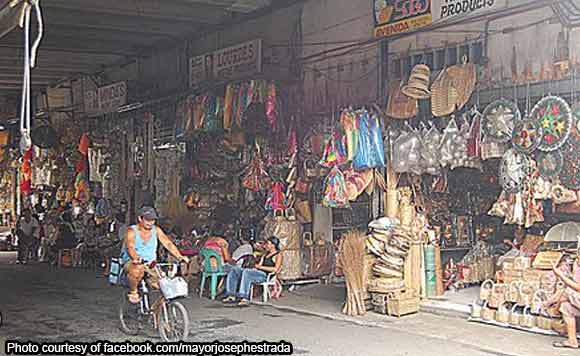 0 691
Share
Want more POLITIKO News? Get the latest newsfeed here. We publish dozens and dozens of politics-only news stories every hour. Click here to get to know more about your politiko - from trivial to crucial. it's our commitment to tell their stories. We follow your favorite POLITIKO like they are rockstars. If you are the politiko, always remember, your side is always our story. Read more. Find out more. Get the latest news here before it spreads on social media. Follow and bookmark this link. https://goo.gl/SvY8Kr

To ensure the safety of his people, the veteran politiko at this early ordered strict monitoring of public markets and firecracker stalls for banned firecrackers and pyrotechnic devices.

“This early, we should start a close surveillance of our markets and strictly remind the vendors that they could be penalized for selling prohibited firecrackers as mandated by the law,” Estrada said.

Republic Act 7183 regulates the sale, manufacture, distribution and use of 10 common types of firecrackers and 12 types of pyrotechnic devices.

Among the prohibited firecrackers include “Super Lolo,” “Atomic Big Triangulo”, “Goodbye Earth” and similar ones with high explosive content that could endanger life and limb.

Estrada likewise cited Executive Order No. 28 signed by President Rodrigo Duterte on June 20, which limits the use of firecrackers only during community fireworks displays.

He said his office is still waiting for the Philippine National Police to release the updated list of firecrackers and pyrotechnic devices that are prohibited under EO 28.

“While we are waiting for the guidance of the PNP, we will continue monitoring our public markets following the provisions of RA 7183,” he said.