Sosyal! BGC will be the new home of Senate 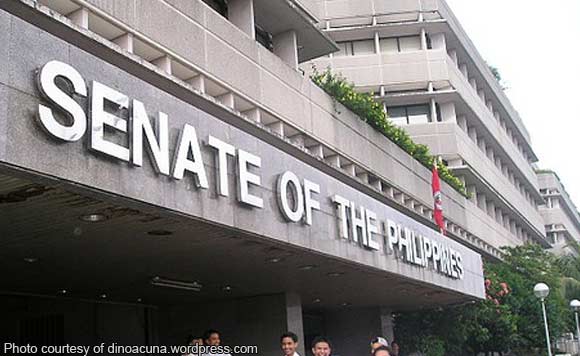 0 660
Share
Want more POLITIKO News? Get the latest newsfeed here. We publish dozens and dozens of politics-only news stories every hour. Click here to get to know more about your politiko - from trivial to crucial. it's our commitment to tell their stories. We follow your favorite POLITIKO like they are rockstars. If you are the politiko, always remember, your side is always our story. Read more. Find out more. Get the latest news here before it spreads on social media. Follow and bookmark this link. https://goo.gl/SvY8Kr

Bonifacio Global City (BGC) will be the newest hangout area of the country’s senators in the next few years.

This was after the senators on Tuesday approved the transfer of the Senate office from its current location in Pasay City to BGC in Taguig.

With a vote of 14-2, majority of the senators preferred that their office be transferred to Taguig instead of Antipolo.

Among the senators present, only Senators Bam Aquino and Risa Hontiveros voted in favor of Antipolo.

The Senate has been renting a part of the Government Service Insurance System (GSIS) building and using the parking lot of the Social Security System (SSS) since 1996, which amounted to P2.24 billion.

Lacson said the amount could have been used to construct a permanent office for the senators.