LRT1 to get 120 new coaches from JICA 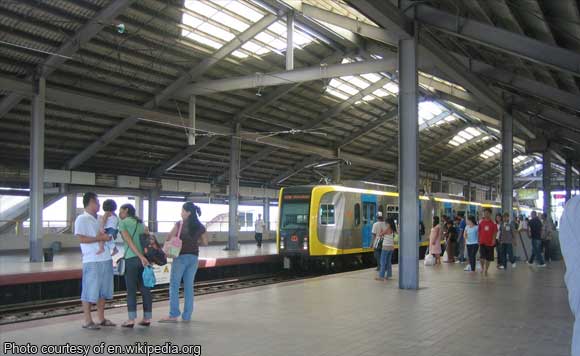 0 467
Share
Want more POLITIKO News? Get the latest newsfeed here. We publish dozens and dozens of politics-only news stories every hour. Click here to get to know more about your politiko - from trivial to crucial. it's our commitment to tell their stories. We follow your favorite POLITIKO like they are rockstars. If you are the politiko, always remember, your side is always our story. Read more. Find out more. Get the latest news here before it spreads on social media. Follow and bookmark this link. https://goo.gl/SvY8Kr

The Light Rail Transit (LRT) Line 1 is expanding its cpacity with the addition of 120 new rolling coaches through an Official Development Assistance (ODA) from the Japan International Cooperation Agency (JICA).

Ito echoed JICA’s hopes to continue contributing to the Philippine economic growth “in a sustainable way through infrastructure development.”

The Department of Transportation has awarded the contract to supply the new rolling stocks to Mitsubishi Corp.The 120 cars, equivalent to 30 train sets, would be integrated to LRT Line 1 beginning 2020 until 2022.

The project is part of its 43,252 million yen ODA loan for ‘Capacity Enhancement of Mass Transit Systems in Metro Manila Project’ that aims to support quality transport infrastructure in the Philippines to help sustain the country’s robust economic growth.

Once completed, JICA said the new rolling stocks of LRT Line 1 can accommodate 1,388 passengers per train and more than double the number of running trains to 222.

JICA has supported quality transport infrastructure in the Philippines since the 1970s with 45 percent of its ODA loan portfolio channeled to supporting infrastructure even in the remotest areas.

The Philippines’ investments in transportation infrastructure are now in the works, with the approval recently of the Philippines’ first subway project to be assisted by JICA by the National Economic and Development Authority (NEDA) Board.

JICA noted that shifting from road-based transport to rail-based mass transit could help ease the worsening traffic situation in Metro Manila due to urbanization and population growth. (PNA)