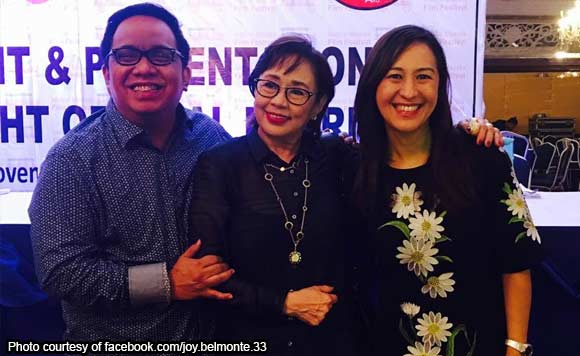 Quezon City Vice Mayor Joy Belmonte went into fan mode when she had a rare chance to work with Batangas Rep. Vilma Santos-Recto as a member of executive committee of the Metro Manila Film Festival (MMFF).

Starstruck by the timeless elegance of the Star for All Seasons, Belmonte could not help but ask a photo with the actress-turned-politiko.

“It is a pleasure to serve as one of the EXECOM members of this year’s Metro Manila Film Festival (MMFF) together with Cong Vilma Santos-Recto among many other respected industry stakeholders,” Belmonte said in a post on Facebook.

She then congratulated her colleague QC Councilor Gian Sotto for starring in one of the eight films that qualified for the movie fest this year entitled “Meant to Beh.”

Other films that will participate in the festival include: Ang Panday, Gandarrapiddo: The Revenger Squad, All of You, Deadma Walking, Siargao, Haunted Forest and Ang Larawan.

Who wouldn’t get starstruck with Ate Vi?