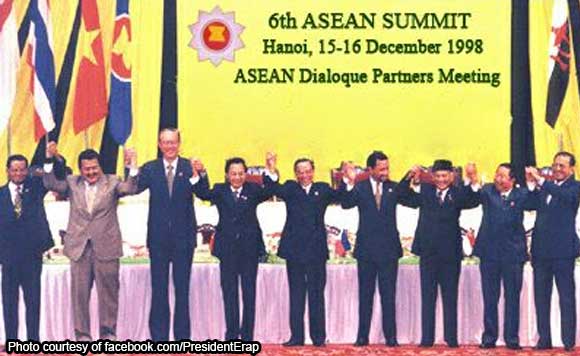 0 709
Share
Want more POLITIKO News? Get the latest newsfeed here. We publish dozens and dozens of politics-only news stories every hour. Click here to get to know more about your politiko - from trivial to crucial. it's our commitment to tell their stories. We follow your favorite POLITIKO like they are rockstars. If you are the politiko, always remember, your side is always our story. Read more. Find out more. Get the latest news here before it spreads on social media. Follow and bookmark this link. https://goo.gl/SvY8Kr

His glory days as one of the leaders of ASEAN will never be forgotten by Manila Mayor Joseph Estrada.

In his Facebook page, Estrada posted a photo of his stint as president representing the country at the 6th ASEAN Summit in Hanoi, Vietnam.

The photo was posted as the country hosted the 31st ASEAN Summit last Nov. 13-14 under the leadership of President Duterte.

“It was the last such regional summit in the 20th century. Perhaps fittingly, it was the Estrada presidency that closed out the 20th century, and opened the 21st, on a new wave of hope, earning him the sobriquet ‘The Millenial President,'” it added.

“His support for stronger regional cooperation and constant dialogue was evident in the speech he delivered during the event, a portion of which reflects his commitment to create societies that seek equality and justice for all: ‘It is also important to achieve the vision of an ASEAN Community of caring societies. Where nations are governed with the consent and greater participation of the people. Where the welfare and dignity of the human person are upheld. Where the good of the community is championed.'”

It seems mayor is missing his presidential days.