Alejano hopes PH reaffirmation of EDCA, MDT with US ‘not just a joke or hyperbole’ 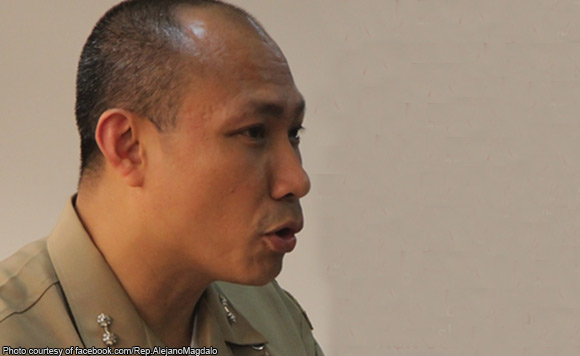 0 692
Share
Want more POLITIKO News? Get the latest newsfeed here. We publish dozens and dozens of politics-only news stories every hour. Click here to get to know more about your politiko - from trivial to crucial. it's our commitment to tell their stories. We follow your favorite POLITIKO like they are rockstars. If you are the politiko, always remember, your side is always our story. Read more. Find out more. Get the latest news here before it spreads on social media. Follow and bookmark this link. https://goo.gl/SvY8Kr

Magdalo partylist Rep. Gary Alejano said it is reassuring to hear commitments on the side of the Philippines and the United States upholding the Enhanced Defense Cooperation Agreement (EDCA) despite the anti-US rhetoric of President Rodrigo Duterte.

“We recognize the sorry state of our defense capability given a myriad of security issues we are facing. Hence, we must welcome help and cooperation from other states without, of course, compromising our national interests. In the case of modernizing our armed forces, the more allies would be better,” he said.

Alejano also lauded the reaffirmation of friendly ties between the two countries, which he interpreted as ensuring the commitment to the Mutual Defense Treaty.

“Given the reaffirmation of EDCA by the two allied states, I call on the administration to carry out the plans for the full implementation of EDCA. Likewise, I call on the Congress to allocate the budget needed toward this end,” he said.

“I hope that this will not be another case of joke or hyperbole from the Duterte administration. The renewed commitment to the enduring alliance between the Philippines and US is of immense importance for both sides,” Alejano said.