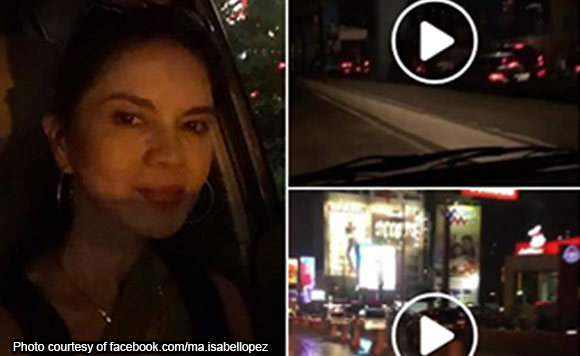 0 852
Share
Want more POLITIKO News? Get the latest newsfeed here. We publish dozens and dozens of politics-only news stories every hour. Click here to get to know more about your politiko - from trivial to crucial. it's our commitment to tell their stories. We follow your favorite POLITIKO like they are rockstars. If you are the politiko, always remember, your side is always our story. Read more. Find out more. Get the latest news here before it spreads on social media. Follow and bookmark this link. https://goo.gl/SvY8Kr

The Metropolitan Manila Development Authority (MMDA) wants to strip former beauty queen and actress Maria Isabel Lopez of her driver’s license after she posted on social media videos of her cruising through the Asean lane by removing traffic cones.

In a Facebook post, Lopez shared how she got fed up with traffic congestion on EDSA, she decided to take matters into her own hands by removing traffic cones and driving into the lanes reserved for Asean delegates with her hazard lights on. She also said other motorists followed her lead.

She garnered the ire of netizens and government authorities, who are now seeking to permanently revoke her driver’s license and ban her from acquiring a new one.

“It is clear that Lopez operated her vehicle on EDSA, while using a mobile phone, without reasonable caution and it endangered the property, safety and the rights of our Asean delegates,” MMDA’s Atty. Victor Pablo Trinidad said in a Nov. 13 letter to the Land Transportation Office (LTO).

“Such shameless conduct and unlawful act of breaching the security protocol during an international event in our country make her ‘an improper person to operate a motor vehicle’ which would endanger the public,” Trinidad continued.

Lopez has defended herself, saying she is only human and should not be singled out as many other motorists followed her lead.