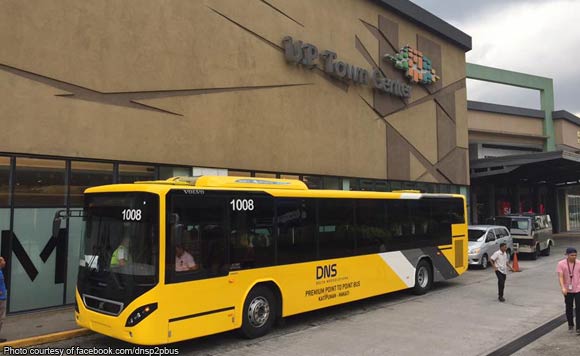 0 725
Share
Want more POLITIKO News? Get the latest newsfeed here. We publish dozens and dozens of politics-only news stories every hour. Click here to get to know more about your politiko - from trivial to crucial. it's our commitment to tell their stories. We follow your favorite POLITIKO like they are rockstars. If you are the politiko, always remember, your side is always our story. Read more. Find out more. Get the latest news here before it spreads on social media. Follow and bookmark this link. https://goo.gl/SvY8Kr

Point to point buses (P2P) took an average of 50 minutes to travel from North Avenue in Quezon City to Ayala Avenue in Makati City Friday, considered relatively faster as compared to the usual travel time of around 1.5 hours during rush hours.

The government launched Friday the P2P bus scheme as a temporary alternative mode of transportation for Metro Rail Transit Line 3 (MRT-3) passengers who experience long queues amid frequent glitches in the railway system.

“The travel time was faster compared to the dry run yesterday,” Nebrija said in a text message to reporters.

The buses took 1 hour and 15 minutes to travel from Quezon City to Makati City during the test run Thursday which is more than the government’s target of 30 minutes despite being escorted by enforcers from the Land Transportation Office (LTO) and the Philippine National Police -Highway Patrol Group (PNP-HPG).

This was caused by the heavy traffic along EDSA during the morning rush hour on Thursday and private vehicles using yellow lanes that are exclusive for public utility buses.

Under the scheme, P2P buses will be deployed from North Avenue to Ayala Avenue with a stopover at Ortigas during the morning rush hour from 6 a.m. to 9 a.m.

Commuters may board buses at two separate pick-up points in Ayala Avenue and Taft Avenue going to North Avenue during the afternoon rush hour from 5 p.m. to 8 p.m.

The buses will be charging fares similar to the MRT.

The MRT-3 system which runs from North Avenue to Taft Avenue, vice versa, is currently serving up to 500,000 passengers daily in excess of its maximum capacity of 350,000 passengers. (PNA)